My research is making progress. I want to share with you a graph that show the smoke layer interface predicted using basic plume entrainment correlations and zone models for a 20m cube atrium (the triangle, the square and the circle represent data from experiments using the N-percent method - that approximates the smoke layer height based on smoke temperature). 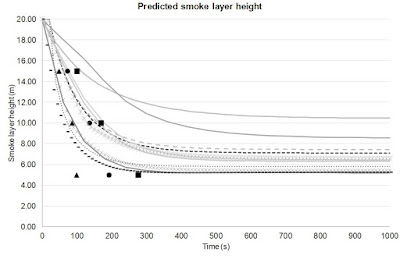 It’s quite clear that there is a significant variability in the smoke layer height using different approaches and although the general trend of the “best” formulae is in line with the results proving that those formulae can be used for a first approximation of the phenomena, the average range of uncertainty is about ±35% with peak of almost 100%!
P.S. The methods used were Heskestad, Zukoski, McCafrrey and Thomas. The zone models CFAST, OZone and BRANZFIRE. 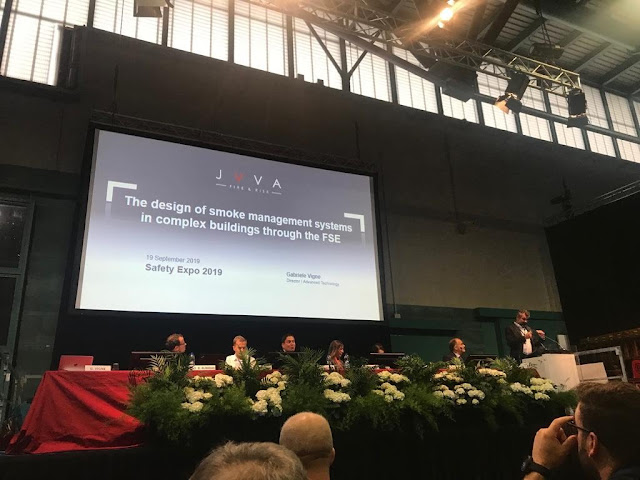